Chinatown Tainan, a mammoth structure located in the center of Tainan. It opened in the early 1980s as a shopping mall, which achieved popularity soon after its opening, but rapidly declined in the 1990s. Having been abandoned for a long time, the premise now lies in ruin.

Built after reclaiming a part of the canal that flowed through the town, the canal stream had once penetrated the vast underground floor which used to house entertainment facilities. Devoid of natural light, the basement space sits as if disconnected from the current world, and time is lost in eddies, existing but inert.

However, being inert does not necessarily signify death. In this quiet space, singing voices occasionally reverberates through the air. There was a man watching TV, seated in a chair on the dim basement floor filled with the abandoned wreckage of eateries and game machines. He brought a karaoke set and decorated this dilapidated space to create a space to sing.

In most cases, customers come alone, sing a few songs, and go away. It felt like the singing voices were not intended for anyone; thoroughly an act of self-indulgence. These singing voices are not opened to communication, be it face to face or a “like” on SNS. The voices exist in a self-enclosed sphere in amidst the darkness. Singing voices with the joy of something deeply self-enjoyment because of the self-enclosure ― I wonder it sounds a little exaggerated to go that far. Written on the wall was a note, “Don’t be loud. When you sing, you are maximized.”

A familiar song intro ambushed me. Love Story wa Totsuzen-ni (A Sudden Love Story), a J-POP hit song from the 1990s, was sung in fluent Japanese. ‘On that day at that time at that place’ ― if I did not visit here by chance while exploring the city, I would never have had the chance to interact with this place. This huge building, abandoned for many years, will be demolished by the end of this year, and plans to newly resurrect itself as an area filled with water and greenery.
(Translatated by Kosuke Ikeda, Ken J Shimizu) 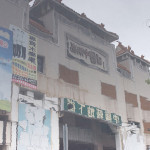 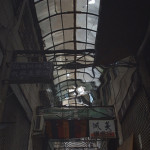 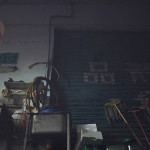 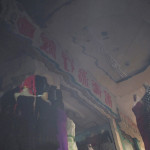 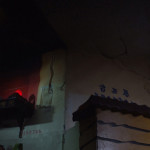 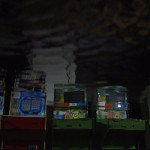 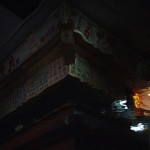 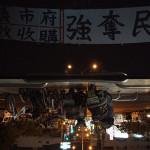