In Taipei, there remains a rich black in the night. Every night, food stands repeatedly gather and part, making a cluster of lights which are a little vulgar and ununified. But when you step away from the crowded streets, you come across narrow labyrinthine alleys filled with deep darkness in contrast to the vibrant streets. In the silent alleys, mom-and-pop stores have been turned out their lights after work hours and food stalls weakly reflect what light in its dull metallic luster.

Much of Tokyo and urban Japan at large is illuminated homogeneously and dilutes the darkness of night like ice melting in iced coffee. Taipei has modernized in many ways feels similar to cities in Japan, but there are also differences. Food stands that are brought in from the periphery gather each night creating a scene unique to Taipei and rarely seen in other modernized cities in the world. These stands are not just fodder for tourists; they are integral to life in the city.

I was quite fascinated with such scenery, but I am also not certain this localized and unique business format will remain ten to twenty years from now. In the globalizing economy, once major corporations start to populate the city, these mom-and-pop stores and food stands will vanish at the blink of an eye, as the city lies awash day and night under the glitter of capital―just like so many other cities in the world. I wonder what will become of the darkness of this city in this increasingly unstable world.
(translated by Kosuke Ikeda, Ken J Shimizu) 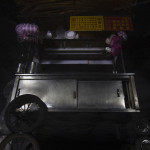 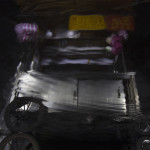 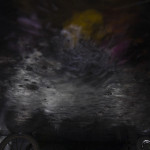 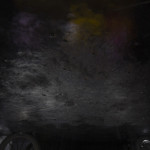