One day in summer, a goldfish died. I pick up the still body, and feel it sinks heavily into the small net, a body that once fiercely resisted me. A death that is not necessarily dramatic; a death on a small scale. As I observed the goldfish in the net, my eyes were captivated by the state of water that clung to the net. The water formed temporary films in the minute mesh, then drew random patterns as it dissipated. I felt something “akin to” the sublime.

A journey into the extraordinary, and the narrative of life and death in the grandeur of nature found in that space were the biggest themes that drove romanticism. However, what I am considering in this work are not humanistic dramas. I am dealing with items like a net and a bowl that occupy daily life that surround us. Not a grand journey into the extraordinary, but small journeys found amidst daily life – going on a small journey together with non-human, I wonder whether it would be possible to re-observe our living world from a new angle.
(translated by Kosuke Ikeda, Ken J Shimizu) 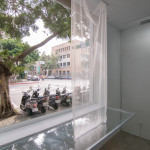 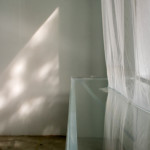 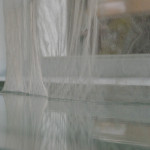 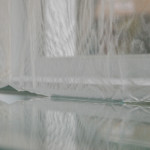 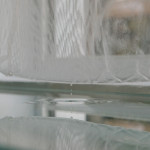 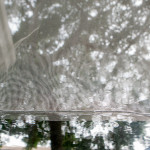 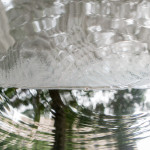 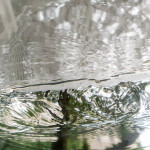 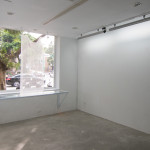